The 6-second video era is here, is anyone paying attention?

It's official: telling someone they have "the attention span of a goldfish" is now a compliment.

Yes, we humans now have a shorter attention span (7 seconds) than the infamous goldfish (9 seconds) and it's not even NEW news, per a study done in 2015.1

For those in the marketing world, this is of little surprise. In fact, just this week, Adweek released an article declaring 2018 as the "era of the 6 second ad"2 - a video format that is receiving major support from the likes of Google, Fox and Facebook, all in an effort to reach "Millennials and Gen Zers with shorter attention spans."3

Sure, the dawn of social has drastically impacted how we communicate visually, setting the stage for shorter video formats that have become synonymous with our short code culture (I mean, who didn't love them some Vine!?). But as marketers, if we haven't yet learned that simply reducing the amount of time we expose people to our message doesn't make it more relevant, then we truly aren't paying attention.

As a creative, I am amused by the 6-second ad being touted as the "new magic time for ad engagement" because when it comes to engagement, time is irrelevant. (Unless of course it's part of the hook - more on that in a moment). Engagement by definition means "emotional involvement or commitment". For a brand, a commitment to spend time with your brand based on the value you provide, whether it be entertainment or utility - is the true indicator of brand attachment and potential long-term loyalty. So instead of worrying about the amount of time we have to tell our story, we should be asking ourselves how we can inspire consumers to willingly invest their time with us.

The fact remains that while video is still our most impactful form of creative expression, most content falls on deaf ears - no matter the length. And brands who want to create deeper connections with their customers, should think about evolving their video from a message to an invitation.

Some brands are doing it (and doing it well). One of them is GEICO and their infamous pre-roll ads. Some of the most impactful were a series of stories where the audience was exposed to the beginning of an ad, and its bizarre and drastically different ending. Viewers were encouraged to fill in the blanks by clicking through to the brand site where they could watch the rest of the story. It's a brilliant way of turning time limitations, and a restrictive media format that people can't wait to skip, into a positive. As a result, GEICO has become the gold standard of how to engage an audience with one of the most intrusive of video formats.

More recently, McDonald's ran a series of commercials featuring Mindy Kaling, but never actually mentioned their own name. The campaign, supporting a simple promotion for $1 on any sized drink, features Mindy in a yellow dress against a red background, urging viewers to Google "The place where Coke tastes so good"4 which leads to search results for McDonalds and the promotion. By leaving an open-ended invitation for the audience to discover the answer for themselves, McDonald's was able to authentically connect with the twenty-something crowd's desire to do their own research and discover through word of mouth.

What both examples demonstrate is the ability for video to go beyond delivering a message, and instead, invite participation. And as we forge ahead into the "era of 6-second" video, and our attention spans get shorter and shorter, a simple quote comes to mind from Jack London - "If something is worth experiencing, it's worth putting aside time for." So, as you embark on creating the next big campaign, video or promotion for your clients ask yourself - is this worth the time?

1. TIME, "You Now Have A Shorter Attention Span Than a Goldfish" http://time.com/3858309/attention-spans-goldfish/

2. Adweek, "Why Brands and Agencies Are Preparing for the Era of 6-Second Ads": http://www.adweek.com/digital/why-brands-and-agencies-are-preparing-for-the-era-of-6-second-ads/

3. Adweek, "Why Brands and Agencies Are Preparing for the Era of 6-Second Ads." 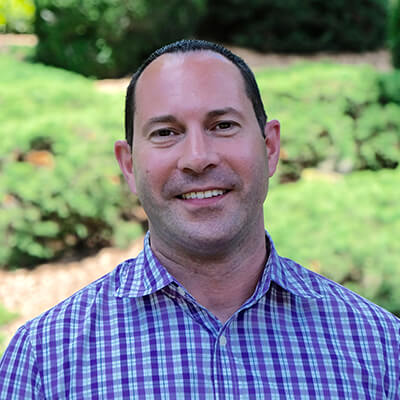