When you think about a person with Parkinson’s disease (PD), what first comes to mind? Is it an older person? Someone frail, in a wheelchair, or presenting with a distinct tremor? In reality, life with Parkinson’s is far more complex than these common perceptions; and it’s a reality that too few people see or understand.

Over the last two years, we’ve worked closely with our friends at the American Parkinson Disease Association (APDA) to turn this perception on its head. For us as an agency, it’s a cause that is close to our hearts – teamDigital CEO, Jeff Butchen, is living with Parkinson’s. Through Jeff, we have an insider’s perspective on what it means to live with Parkinson’s. We have also seen first-hand the incredible accomplishments that are possible despite a PD diagnosis. This perspective inspired us to shine a spotlight on the diversity of people, symptoms and experiences that are all part of the Parkinson’s community.

To do this, last year we launched the “Unshakeable Spirit” campaign. This campaign became a rallying cry for Parkinson’s patients and their loved ones. It gave people the opportunity to declare that, even with PD symptoms, their optimism, determination, and spirit were unshakeable.

This April, in support of Parkinson’s Awareness Month, we built on the momentum of “Unshakeable Spirit” to create “Look Closer” – a multi-layered campaign that challenges us look beneath the surface of a Parkinson’s diagnosis.

From the beginning, we knew how important it would be that our campaign share real stories from real people. Our goal was to create a campaign anchored by people like Jeff – ordinary individuals who aren’t letting Parkinson’s define who they are.

This idea first began to come to life in a new PSA, replacing a television spot that APDA had run for several years. Filmed at the Altman Building in New York City, the PSA serves as a stark and unfiltered look at real people of different ages and backgrounds who are living with Parkinson’s – from endurance athletes, educators, dancers, actors, and more. Their tenacity and resolve make the PSA an inspiring message for APDA and show that, with the right support, Parkinson’s doesn’t have to stop you from living life to the fullest.

The PSA is a powerful counterweight to the perception we hope to change. But we knew that the power of stories like these didn’t have to end with the television spot.

To bring even more voices into the conversation sparked by the PSA, we developed a platform where anyone could share their story. The platform helps people create custom video messages that show how they are more than Parkinson’s. So far, we’ve seen stories from Parkinson’s patients, care partners, friends and even researchers – all of them adding a unique perspective to the Parkinson’s community.

So much about life with Parkinson’s is difficult to see. But with help from some truly inspiring individuals, we’re helping bring a more complete picture of Parkinson’s into the spotlight. 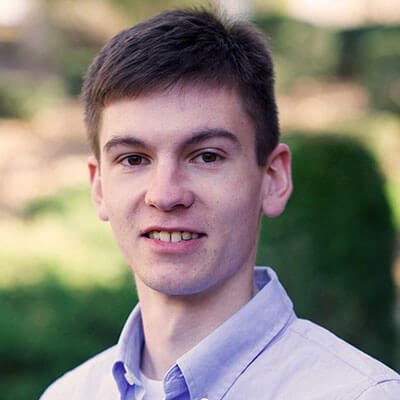